Liberal women are the active, driving force behind hatred of Sarah Palin, while liberal men’s behavior is passive and manipulative. In this respect, feminism has succeeded in reversing the traditional sexual stereotypes. If this is the result, you have to wonder why anyone would have bothered.
JAMES TARANTO

"Borrowing dulls the edge of husbandry."

But this is slavery, not to speak one’s thought.
Euripides

. . . the deepest punishment of a lie is to be the one who tells the lie. That person has to live with someone he cannot trust. . . . Always remember: every word you utter becomes flesh - in you.
Selwyn Hughes

For we wrestle not against flesh and blood, but against principalities, against powers, against the rulers of the darkness of this world, against spiritual wickedness in high places.
Ephesians 6:12

There are 460,000 illegal aliens currently inside Arizona's borders, and the reason they're there is that the federal government refuses to enforce our immigration laws. [. . .]
Shouldn't President Obama be embarrassed by some of this? This is a federal job. They're not doing it.
Jack Cafferty

The History of the Ottoman Empire

New Site for Discussion of the Great Books

My father's mother and father

I was sitting in the big dark window on the right when I first heard that JFK had been shot.

Chris M.
I was a nurse until 3 years ago. I worked on psychiatric and chemical dependency units. I am now disabled because of spinal injuries. I cannot walk very well. My use of my hands improved enough so that I can type and open some jars. I do a conservative political opinion blog with music and poetry. I am nearing the launch of a blog that will be devoted to discussion of the classic great books from Homer to Joyce and Faulkner.

Maybe I don't have any class. But I wonder if Stephanie Miller is the best judge of that. This vid/audio file is from the Radio Equalizer.

The Other McCain has an excellent collection of quotes and videos about the 'legacy.'
Chappaquiddick is a default MS spell check item. Hmmm Just part of the legacy.
Some of R. McCain's stuff is news to me. I was 21 when Chappaquiddick happened. That puts it near the beginning of my lost years. During that time I ignored a lot of the news. I do recall that after the ugly incident at the bridge and the subsequent miscarriage of justice I averted my gaze from Kennedy: I was truly ashamed of the total mockery of our laws that his special treatment made inescapably obvious. Is that the essence of his legacy: that the laws are not going to apply to rich powerful people? Is that why Tim Geithner and Tom Dashle and Charlie Rangel can urinate without consequence on the tax laws that would put many other poorer, powerless people in jail? Stephanie Miller might be committed to defending the chosen few from the rule of law. I am committed to the opposite course.

"The victory for Edward Kennedy is demeaning to the dignity of the Senate and the democratic process."
-- New York Times, editorial in response to
Kennedy's first Senate election, 1962


"On this day, every patriotic American should mourn the death of a liberal activist who diligently labored to continue the Kennedy family's noble legacy of public service. Until the day she died in 1969."
-- Robert Stacy McCain
The information about Kennedy's treacherous dealing with the KGB is totally new to me.
"This letter which details Senator Edward Kennedy's offer to help the Soviet Union defeat Reagan’s efforts to build up the nuclear deterrent in Europe was unearthed . . . after the KGB files were opened . . .
"Kennedy believes that, given the current state of affairs, and in the interest of peace, it would be prudent and timely to undertake the following steps to counter the militaristic politics of Reagan . . . In this regard, he offers the following proposals to the General Secretary of the Central Committee of the Communist Party of the Soviet Union Y.V. Andropov . . ."
-- Committee on State Security of the USSR, May 1983
This has never been openly and adequately discussed. At the risk of appearing classless I have to say that a country that cares about self preservation has to take such things more serious than we have. If the American government is going to be more than just a private servant of the privileged like Miller, Kennedy, Geithner and Obama, we have to talk about these things and deal with them. Even if Miller has stylistic problems with her and her friends' special status being questioned.
Posted by Chris M. at 1:24 AM
Labels: Chappaquiddick, congressional treason, rule of law, senate of thieves and clowns, Ted Kennedy 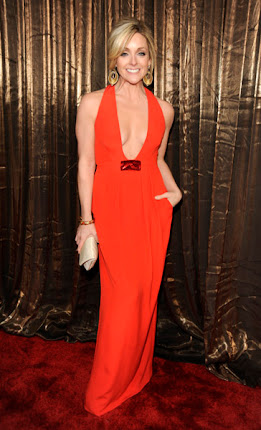